Music For Ketamine Therapy: What Effect Does It Have?

Music For Ketamine Therapy: What Effect Does It Have?

But Why Do Patients Need To Use Music For Ketamine Therapy?

Music’s impact on the way we think and feel has long been examined for its impact on mental health.

Music therapy has become a popular form of supporting the treatment of mental illness. For example, there have been several interesting studies on the impact of music on depression that have resulted in positive findings.

History of Music as Medicine

Music may have only been studied for its therapeutic effects in the field of psychology for the last century, but throughout history and cultures, we can see that music has been used as a therapeutic tool for thousands of years.

Throughout history, music has been associated with communication, and healing, and used as a form of emotional expression.

In ancient China, music was used by healers to help with not only mental but also physical ailments.

“Classical Chinese music was composed of five notes or sounds — jiao, zhi, gong, shang, and yu — and was performed on classical Chinese musical instruments such as drum, gong, flute, and zither. Chinese medicine uses the relationship between internal organs and five-element correspondences, such as musical notes, to achieve different healing purposes,” according to Edge Magazine.

In early Islam, music was used as a form of mental healthcare treatment.

In Europe, there are references to music’s connection to the power of nature and its healing of emotional states (such as a broken heart).

Music and dance were used ritualistically throughout ancient European culture to encourage crops to grow and ensure the general health of society.

In South America, the Incas used music ritualistically to communicate with ancestors, heal the sick, and bury the dead.

Many of the cultures that used music ritualistically throughout history to heal their communities and communicate with their ancestors did this in conjunction with taking a sacrament.

For example, Christians throughout history have often taken the Eucharist accompanied by chanting.

In ancient Inca societies, Shamans would chant as they gave sacramental beverages such as ayahuasca.

This brings us to music’s relationship with psychedelics.

Throughout history where sacramental beverages that include psychedelic elements have been taken, they have often been accompanied by ceremonies that include music.

Music has long been considered part of the healing process of psychedelic medicine and therefore many therapists in modern settings continue to include it in their treatments.

Why Do People Listen To Music During Ketamine Therapy Sessions?

In the field of psychedelic medicine, when referring to set and setting we are referring to one’s mindset (set) and the physical and social environment (setting).

Set and setting during a psychedelic experience, such as those your patient will experience during their ketamine therapy have been carefully observed by scientists for many years.

Dr. Ido Hartoghson, author of the book American Trip: Set, Setting, and the Psychedelic Experience in the Twentieth Century, has written extensively on how the set and setting influence the psychedelic experience.

Music is an influencing part of the set and setting. Selecting the right music for psychedelic therapy can greatly impact a patients experience.

Ketamine therapy experiences require careful consideration of several factors. One of which is set and setting. You also have to consider the compound, dosage, method of delivery, intentions of your patient – all of which will influence the choice of music for the session.

The Role Of Music For Ketamine Therapy

Some ketamine therapists began their practice using pre-set playlists. However, a pre-set playlists does not always deliver optimal results. The dynamic and subjective experience of a ketamine therapy session means that pre-selected music that is not tailored to the individual can increase the likelihood of unwelcome effects from the medicine.

Music for ketamine therapy has to be carefully considered.

During ketamine experiences, there is a standard experiential arc that is expected to last one hour after the initial absorption of the medicine. Music will have different effects on patients at different times during their experiential arc.

Wavepaths is designed to complement the duration of action of psychedelic medicines. Sessions can be customised based on drug dose and route and administration. Care providers can co-create sessions live with their clients or create several sessions ahead of time and run them live, in-person or remotely through a user-friendly link.

While there are many routes of administration for ketamine, for the sake of this article we review oral administration. Below we look at the standard arc for orally ingested ketamine.

Pre-Onset (5-10 minutes after taking the ketamine)
The patient has taken the medicine orally and it begins to dissolve.

The patient starts to feel the effects of the medicine.

Onset (10 minutes after taking the ketamine)

The ketamine can be spit out. Patients can put an eye mask on, and lie down to begin their experience.

Music will differ depending on your patient’s goals and experiences.

Peak (20-30 minutes after taking the ketamine)

At the twenty-minute mark, patients will start to reach the peak of their ketamine experience. This is where the music will be carefully considered to align with the main intention for the session.

Music recommendation:
Music will need to be adapted for every patient. You will want to take careful consideration to play the music that invites patients to remember certain memories or experiences. As the patient’s experience changes, you may need to change the music based on their reaction.

Post-Peak (30-45 minutes into the ketamine experience)

The effects of the ketamine have reached and passed their peak intensity. You may now want to evolve the music to a meditative or comforting rhythm to gently assist your patients in returning to waking consciousness.

Return (45-60 minutes after ingesting the ketamine)

Patients will begin to reconnect with their body. Your patient will come back to waking consciousness and the effects of the ketamine will begin to wear off. Your music should gently assist this process.

Music recommendation:
Soothing sounds that the patient has a positive association with that will help ground them.

At around 60 minutes after taking the ketamine, your patient will return to normal consciousness. However, this timing can differ from patient to patient. This is normally the time to record the experience.

Music recommendation:
Gentle background music that is soothing but that your patient will not become lost in.

Music has been used as a therapeutic tool for centuries, across cultures. Numerous studies have been conducted that show music has an effect on various parts of the brain, including the regions involved in emotion. It can be used as a tool to help assist the therapist in achieving optimal outcomes for their patients during a ketamine therapy session. However, therapists, practitioners, patients and listeners need to carefully consider the type of music they choose for every phase of the ketamine experience. In the same way that music can be used to improve the experience and achieve a positive outcome, if not thoughtfully considered it is possible it could cause a negative outcome.

Join Dr. Mendel Kaelen for this four part workshop series, designed to support current and aspiring psychedelic-assisted therapists to become more confident in their use of music within psychedelic therapy. 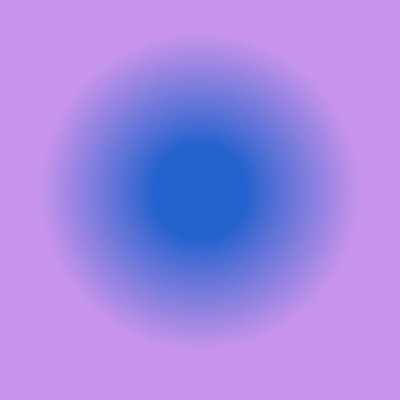